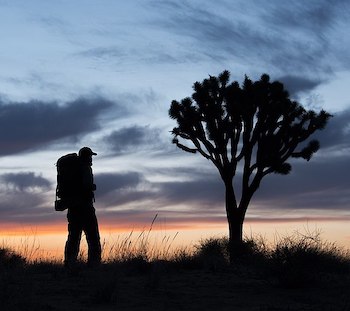 In my last post, I explored how Crystal parsed a simple program and produced a data structure called an abstract syntax tree (AST). But what does Crystal do with the AST? Why bother going to such lengths to create it?

After Crystal parses my code, it repeatedly steps through all the entries or nodes in the AST and builds up a description of the intended meaning and behavior of my code. This process is known as semantic analysis. Later, Crystal will use this description to convert my program into a machine language executable.

But what does this description contain? What does it really mean for a compiler to understand anything? Let’s pack our bags and visit an abstract syntax tree with Crystal to find out.

Imagine several tourists visiting a famous tree: Each of them sees the same tree in a different way. The tree doesn’t change, but the perspective of each person looking at it is different. They each take a different photo, or remember different details.

In Computer Science this separation of the data structure (the tree) from the algorithms using it (the tourists) is known as the visitor pattern. This technique allows compilers and other programs to run multiple algorithms on the same data structure without making a mess.

The visitor pattern calls for two functions: accept and visit. First, a node in the data structure “accepts” a visitor:

After accepting a visitor, the node turns around and calls the visit method on Visitor:

The visit method implements whatever algorithm that visitor is interested in.

This seems kind of pointless… why use accept at all? We could just call visit directly. The key is that, after calling the visitor and passing itself, the node passes the visitor to each of its children, recursively:

And then the visitor can visit each of the child nodes also. The Visitor class doesn’t necessarily need to know anything about how to navigate the node data structure. And more and more visitor classes can implement new algorithms without changing the underlying data structure and breaking each other.

The Visitor Pattern in the Crystal Compiler

In order to understand what my code means, Crystal reads through my program’s AST over and over again using different visitors. Each algorithm looks for certain syntax, records information about the types and objects my code uses or possibly even transforms my code into a different form. 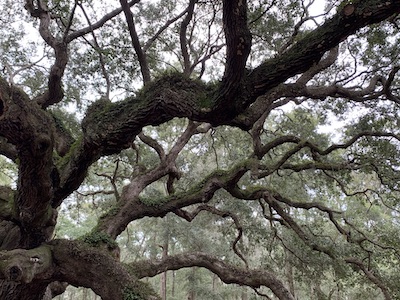 Crystal implements the basics of the visitor pattern in visitor.cr, inside the superclass of all AST nodes:

Each subclass of ASTNode implements its own version of accept_children.

To get a sense of how the visitor pattern works inside of Crystal, let’s look at one line of code from my last post:

As I explained last month, the Crystal parser generates this AST tree fragment:

Once the parser is finished and has created this small tree, the Crystal compiler steps through it a number of different times, looking for classes, variables, type declarations, etc. Each of these passes through the AST is performed by a different visitor class: TopLevelVisitor, InstanceVarsInitializerVisitor or ClassVarsInitializerVisitor among many others.

The most important visitor class the Crystal compiler uses is called simply MainVisitor. You can find the code for MainVisitor in main_visitor.cr:

Since Crystal supports typed parameters and method overloading, the visitor class implements a different visit method for each type of node that it visits, for example:

Now let’s look at three examples of what the MainVisitor class does with my code: identifying variables, assigning types and expanding array literals. The Crystal compiler is much too complex to describe in a single blog post, but hopefully I can give you glimpse into the sort of work Crystal does during semantic analysis.

But how does Crystal identify this variable’s name and value? What does it do with arr?

The MainVisitor class starts to process my code by visiting the root node of this branch of my AST, the Assign node:

As you can see, earlier during the parsing phrase Crystal had saved the target variable and value of this assign statement in the child AST nodes. The target variable, arr, appears in the Var node, and the value to assign is an ArrayLiteral node. The MainVisitor now knows I declared a new variable, called arr, in the current lexical scope. Since my program has no classes, methods or any other lexical scopes, Crystal saves this variable in a table of variables for the top level program:

In a more normal program, there will be many lexical scopes for different method and class or module definitions, and MainVisitor will save each variable in the corresponding table.

Probably the most important function of MainVisitor is to assign a type to each value in my program. The simplest example of this is when MainVisitor visits a NumberLiteral node:

Looking at the size of the numeric value, Crystal determines the type should be Int32. Crystal then saves this type right inside of the NumberLiteral node:

Strictly speaking, this violates the visitor pattern because the visitors shouldn’t be modifying the data structure they visit. But the type of each node, the type of each programming construct in my program, is really an integral part of that node. In this case the MainVisitor is really just completing each node. It’s not changing the structure of the AST in this case… although as we’ll see in a minute the MainVisitor does this for other nodes!

Sometimes type values can’t be determined from the intrinsic value of an AST node. Often the type of a node is determined by other nodes in the AST.

Recall my example line of code is:

The Crystal compiler implements type inference when the MainVisitor encounters an Assign AST node, what we saw above.

But Crystal does something else interesting here: It sets up a dependency between the two AST nodes: it “binds” the variable to the value:

This binding dependency allows Crystal to later update the type of the arr variable whenever necessary. In this case the value [12345, 67890] will always have the same type, but I suspect that sometimes the Crystal compiler can update types during semantic analysis. In this way if the Crystal compiler ever changed its mind about the type of some value, it can easy update the types of any dependent values. I also suspect Crystal uses these type dependency connections to produce error messages whenever you pass an incorrect type to some function, for example. These are just guesses, however; if anyone from the Crystal team knows exactly what these type bindings are used for let me know.

Update: Ary Borenszweig explained that sometimes the Crystal compiler updates the type of variables based on how they are used. He posted an interesting example on The Crystal Programming Language Forum.

This is where things get even more complicated. Sometimes during semantic analysis the Crystal compiler completely rewrites parts of your code, replacing it with something else. This happens even with my simple example. When visiting the ArrayLiteral node, the MainVisitor expands this simple line of code into something more complex:

Reading this, you can see how later my compiled program will create the new array. First Crystal creates an empty array with a capacity of 2, and an element type of Int32. typeof(12345, 67890) returns the type (or multiple types inside a union type) found in the given set of values, in this case just Int32. Later Crystal sets the two elements in the array just by assigning them.

Crystal achieves this by replacing part of my program’s AST with a new branch:

For clarity, I’m not drawing the AST nodes for the inner assign operations, only the first line:

Putting It All Together

With this new, updated AST we can see exactly how Crystal determines the type of my variable arr. Starting at the root of my AST, MainVisitor visits all of the AST nodes in this order in a series of recursive calls:

And it determines the types of each of these nodes as it returns from the recursive calls:

Some interesting details here that I don’t understand completely or have space to explain here:

Today we looked at a tiny piece of what the Crystal compiler can do. There are many more types of AST nodes, each of which the MainVisitor class handles differently. And there are many different visitor classes also, beyond MainVisitor. When analyzing a more complex program Crystal has to understand class and module definitions, instance and class variables, type annotations, different lexical scopes, macros, and much, much more. Crystal will need all of this information later, during the code generation phase, the next step that follows semantic analysis.

But I hope this article gave you a sense of what sort of work a compiler has to do in order to understand your code. As you can see, for a statically typed language like Crystal the compiler spends much of its time identifying all of the types in your code, and determining which programming constructs or AST nodes have which types.

Next time I’ll look at code generation: Now that Crystal has identified the variables, function calls and types in my code it is ready to generate the machine language code needed to execute my program. To do that, it will leverage the LLVM framework.